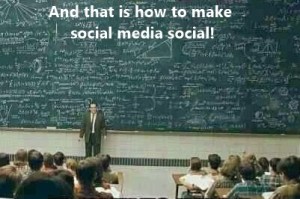 Over the last couple of years I have observed what I consider to be a serious trend toward a lack of social engagement on business social media platforms.  It appears that businesses are spending all of their time posting links to posts, advertising their products and services and generally ignoring much of the other postings that appear.  What has caused this change from interaction to a bulletin board appearance?

It is time for social media to get back to being truly social which means that we engage with our readers.  I would appreciate your comments on what you think has happened to social media and how we can get it back to being social and still help to achieve our goals !